Threonine is the uncharged polar amino acid. It is an essential amino acid as it is not manufactured in our body and is found in high concentrations in the heart, skeletal muscles and central nervous system. It must be provided through food to our body. Threonine is an essential amino acid that helps to maintain the proper protein balance in the body. It is important for the formation of many proteins and tooth enamel, collagen, and elastrin. It metabolizes fat and prevents the buildup of fat in the liver, and is useful with intestinal disorders, and indigestion. Antiulcer.

A precursor of the amino acids glycine and serine, threonine is present in the heart, central nervous system, and skeletal muscle, and helps to prevent fatty buildup in the liver. It enhances the immune system – aiding in the production of antibodies, and may be helpful in treating some types of depression. It also very useful indigestion.

Uses and Benefits of Threonine 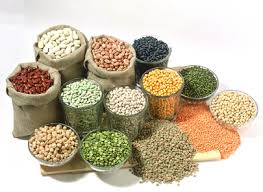 It is a precursor of isoleucine and imbalance may result if the synthesis rate from asparate is incorrect. In humans, deficiency may result in irritability and a generally difficult personality.

10 Replies to “Threonine : The essential amino acid that helps to maintain the proper protein balance in the body.”