Glycine  is a sweet-tasting, non-essential amino acid that can be produced from serine and threonine, which means that it is manufactured  in the liver; it does not have to be obtained directly through the diet. Glycine was first isolated in 1820 from gelatin and is also found in good quantity in silk fibroin. Glycine is required to build protein in the body. It is required for the synthesis of nucleic acids, the construction of RNA as well as DNA and synthesis of bile acids and other amino acids in the body. Glycine is also found to be useful in assisting with the absorption of calcium in the body. It helps in retarding degeneration of muscles as it helps to supply extra creatine in the body. Glycine is important in the body’s manufacture of hormones responsible for a strong immune system.

Glycine is the simplest amino acid and is the only amino acid that is not optically active (it has no stereoisomers). This amino acid is essential for the biosynthesis of nucleic acids as well as of bile acids, porphyrins, creatine phosphate, and other amino acids. On a molar basis, glycine is the second most common amino acid found in proteins and enzymes being incorporated at the rate of 7.5 percent compared to the other amino acids. Glycine is also similar to gamma-aminobutyric acid and glutamic acid in the ability to inhibit neurotransmitter signals in the central nervous system.

Only the L form of amino acids are constituents of protein. Glycine is an important part of GTF (glucose tolerance factor). The prostate gland produces fluid that contains glycine and researchers think that it may have a positive influence on normal prostate function.  It is present in considerable amounts in prostate fluid. Glycine may play a role in maintaining the health of the prostate, since a study of 45 men with benign prostatic hyperplasia (BPH) found that 780 mg of glycine per day for two weeks and then 390 mg for the next two and a half months, taken in combination with equal amounts of the amino acids, alanine and glutamic acid, reduced symptoms of the condition. This effect has been reported by others. Glycine also enhances the activity of neurotransmitters (chemical messengers) in the brain that are involved in memory and cognition.

Function and Benefits of Glycine 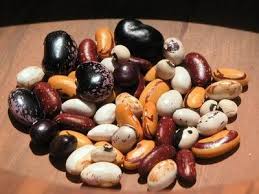 Few people are glycine deficient, in part because the body makes its own supply of the non-essential amino acids, and because it is abundant in food sources. 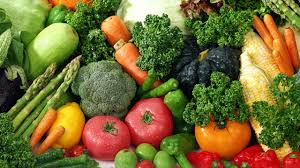 2 Replies to “Glycine : The amino acid that is necessary for central nervous system function and a healthy prostate.”